Lydia’s story: Navigating grief after my dad died when I was 10

Lydia’s story: Navigating grief after my dad died when I was 10 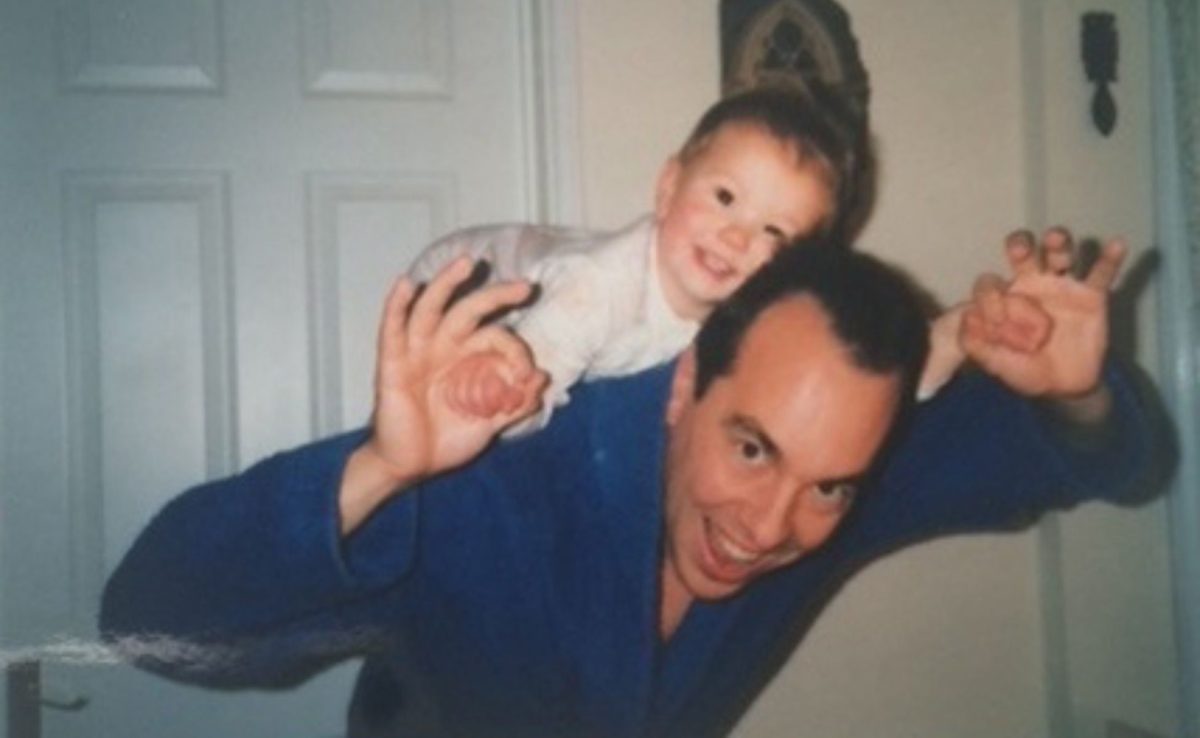 Home » Stories » Lydia’s story: Navigating grief after my dad died when I was 10

When she was 10 years old, Lydia’s dad died of a heart attack whilst on holiday. She was introduced to Winston’s Wish shortly after, but when she was 14, she had a turning point when she attended a weekend away for teenagers. 17 years on, she still navigates life with her grief and knowing her dad isn’t with her anymore, but has channelled what she has learnt to help other people.

I think Winston’s Wish was good because me and my sister are very different people – my sister loves to talk about stuff whereas I on the other hand have had to learn to talk about things. So that’s kind of what happened. My mum was 36 when she was widowed so she was quite young, and she needed support in how to navigate the new journey that we were on.

“I didn’t want to talk about it”

I never wanted to go to Winston’s Wish because I didn’t want to talk about it, and I thought they were going to make me talk about my dad, but it was one of the best things I did. I went on a weekend with loads of other kids that had been through similar things. That was the first engagement I had with them, but as I grew up, I then went to the teenage outbound weekend when I was 14 or 15. I was a typical teenager and struggling with not talking about dad – there’s different periods of your life you go through and you miss that kind of like role model and figure in your life.

So I went to the weekend and that was my biggest turning point in my journey because I was with loads of other teenagers that were very much like me. I think the biggest thing is that I felt different. I also realised by going on the weekend away with other teenagers, that I’m not alone – I’m still messaging people today that I met whilst I was there.

As I was growing up, I began to realise what was happening to me and realising that I’m not on my own. I had people around me that when I say that I felt this way, they know how I’m actually feeling. Rather than someone saying, “oh, I understand”, but they don’t, which would’ve been my response. But having people around me as I got older, and me understanding what had happened to me, I could then talk to those people. I do remember for a period of time after, there was a few of us who were very much in touch frequently because you just bond over this kind of experience.

Teigan: I don’t need a date in the diary to remind me that my mum isn’t here

17 years later there are still tough times. I’m actually born on my dad’s birthday, so my birthday is also a day where we acknowledge my dad, but I’ve had to learn how to navigate that day. It’s still difficult but I really wanted to share my story because I think I’ve channelled and learnt ways in which I can deal with it and come to a level of peace with what’s happened and turn it into a positive.

So, what I’ve been through has most absolutely made me the person I am today, and I’ve gone on to be very successful in my career as a Product Operations Director and I’ve developed skills that have come out of the experience I’ve been through. With Winston’s Wish, they’ve helped me become more empathetic and open and communicate with people on a different level. I think all of that has come from the support that Winston’s Wish has given me.

I was angry at the world for a long time because I didn’t understand, but I couldn’t keep it up – from an energy perspective as well and I realised I needed to change something. I really wanted my dad back but had to ask myself the question of ‘what would my dad have wanted of me?’. I channelled that in a way that I thought you never know when your last day is so make the most of every day.

When you’re with people, having been through what I’ve been through and being supported in the way I have, you talk to people on a different level. Somebody’s problem which might seem really small to me, may be really big to them so it makes me think how I can help them.

There are some real skills or benefits that you can get out of your experience – as much as you think, ‘I wish it wasn’t me’. I would take it all back tomorrow if I could, but you can’t, so you have to ask how to make it a positive. It’s taken me 17 years, and still going, to figure it out. One day I want to get married, and my dad is not going to be there, and they are the things you think about, that he’s not going to be there to walk me down the aisle or to have my first dance.

My advice for anyone who is going through what I’ve experienced is that it will be okay. Unfortunately, the world deals you a bad card now and again but having lost a parent, I have to ask myself what would my dad want me to do and what would my dad have wished for me. By asking yourself that question, you’ll do something really good with it because you’ll be driven by something that not everybody gets driven by. That’s a really powerful thing and only sets you up for really good stuff.

Everybody deals with things differently and that’s okay, but find someone whether that’s family, friends, or someone completely independent, to try and come on that journey with you. As someone who didn’t talk, or wasn’t good at talking, I had to find that group of friends who really understood me. That would be my advice.”

If you’re struggling with grief right now, Winston’s Wish is here to help and here to listen. Winston’s Wish provides support for grieving children and young people (up to the age of 25). We offer one-to-one and group support sessions. We also have lots of online resources and a Helpline and email service where you can talk to bereavement professionals.