How do people celebrate death around the world?

How do people celebrate death around the world? 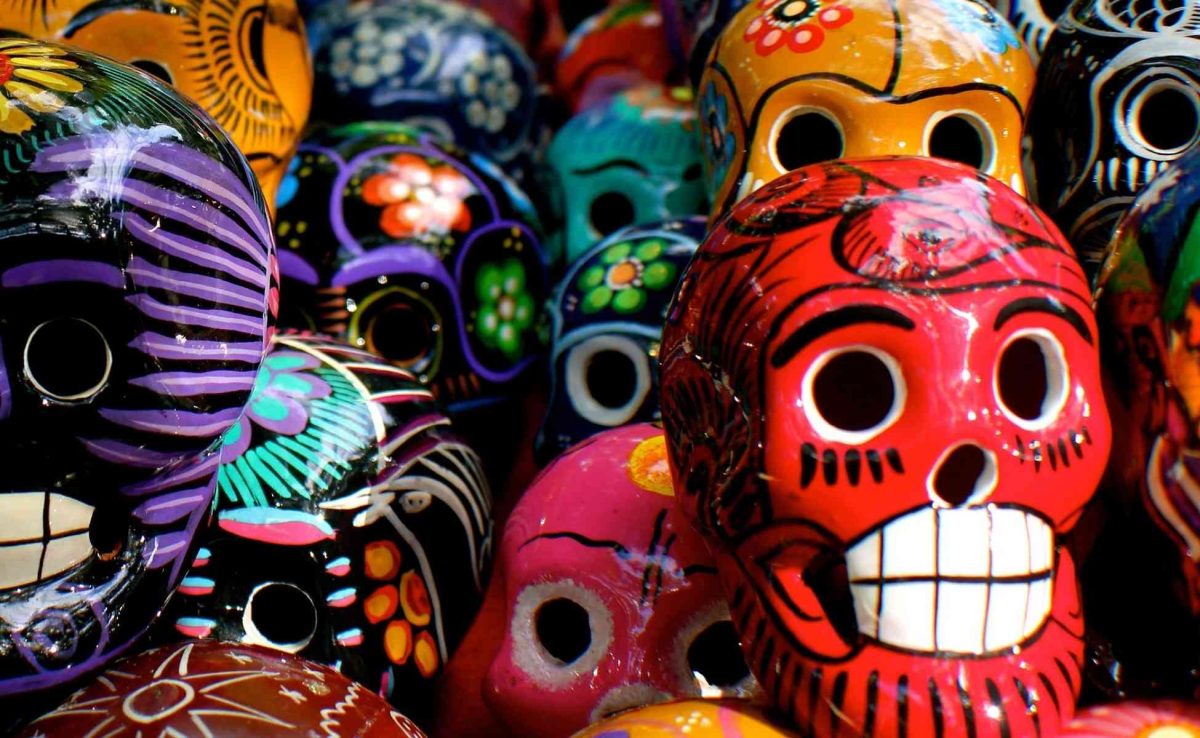 Home » Advice » How do people celebrate death around the world?

One thing we all have in common is life and death. There are lots of different traditions to mark the occasion of a person dying. But how do people celebrate death around the world? From Day of the Dead in Mexico to Nine Nights in the Caribbean, we took a closer look at how different cultures mark a death.

If you think you might find it uncomfortable to read about different ways of celebrating life and death, don’t read on.

Día de los Muertos, or Day of the Dead, is a traditional celebration of life and death combining some ancient Aztec and other Nahua traditions with All Souls’ Day, a celebration that Spanish invaders brought to Mexico centuries ago. Day of the Dead is different to Halloween and falls on November 2nd every year.

Offerings of food and drink are left out for ancestors in family homes, with candlelit altars being the centre piece. Some families may leave items out for their ancestor, that were important to them when they were alive.

Day of the Dead is a mostly uplifting celebration, people will create homemade arts and crafts skeletons or skulls and decorate them in beautifully bright colours. Some people will wear makeup, costumes, and parade through towns while singing and dancing. They even eat sweets in the shape of skulls!

These two countries have been known for their “sky burials”. This is closely related to Buddhism, and the reason these burials are referred to as “sky” is because they leave the body of the deceased outdoors in an unprotected high up place. Before they place the body in its resting spot, monks (members of religious community) or lamas (spiritual leaders/teachers) will read scripture to them because they believe it will release the soul and when the body is laid to rest the soul will peacefully go to Paradise.

Ways to express your feelings when you are grieving

Teigan: A letter to my 11-year-old self

Games that can help you cope with your grief

In South Africa, there is a custom that happens if someone has died in a house. The windows are covered in ash, beds are removed from the deceased’s bedroom, and all reflective surfaces are turned around or covered over.

The day before the funeral, the body of the deceased will be taken home and placed in the bedroom. They will then perform a night vigil in memory of the person who has died. The funeral will then take place early the following morning, when they believe sorcerers (evil spirits looking for bodies) are asleep.

For this community, the ritual that happens when someone dies is a big event. If the family can afford to, they will spend a lot of money and make it an elaborate event. They will have a feast, which up to thousands of people can attend over several days. Expect music, dancing, chanting, poems, and crying and wailing as people express their grief.

Perhaps the most unusual part of this celebration of life and death is that in August there is a ritual called Ma’Nene, during which the bodies of the deceased are exhumed. Yes, you read that correctly! They dig up the buried bodies and they are washed and dressed in new clothes once a year. This is the Toraja peoples’ traditional way of paying respects to their ancestors. The practise is believed to have come from a folktale about a hunter who found a body in the Torojan mountains and cared for it, dressed it in new clothes, and it is believed that doing this brought him good fortunes.

In China there is an annual festival called Qingming (pronounced: ching-ming), in English we refer to it as Tomb-Sweeping Day. This festival is observed by several countries including mainland China, Hong Kong, Macau, Taiwan, and ethnic Chinese people of several other countries. It occurs every spring in accordance with the traditional Chinese lunar calendar, typically falling in the first week of April.

In some areas, families will gather outside and burn paper replicas of materialistic thins like homes, cars, and phones, because it’s believed that people still need and have use for these things in what they believe to be the ‘afterlife’.

In the Caribbean, particularly Jamaica, there is the tradition of the Nine Nights, also called Dead Yard. It is the belief that the journey from this world into the next isn’t complete until nine nights after the death of the body. Family and friends come together at the home of the deceased to celebrate their life with food, drink and music. Some gather every night for nine nights while others gather on the ninth night. Tradition has it that the spirit of the deceased passes through the party on the ninth night before moving to its final resting place.

If you’d like to talk to someone, seek advice or support, you can contact us via our Freephone Helpline, ask email service, or visit some other resources on our website.

We offer one-to-one and group support sessions. We also have lots of online resources and a Helpline and email service where you can talk to bereavement professionals. You can call us on 08088 020 021 (open 8am-8pm, Monday to Friday) or email ask@winstonswish.org and find out more on our Get Support page.