Teigan: I really don’t need a date in the calendar to remind me that my mum isn’t here
Conor’s story: Music has helped me to face my emotions head on
Tom: There’s no right or wrong way to feel on Father’s Day 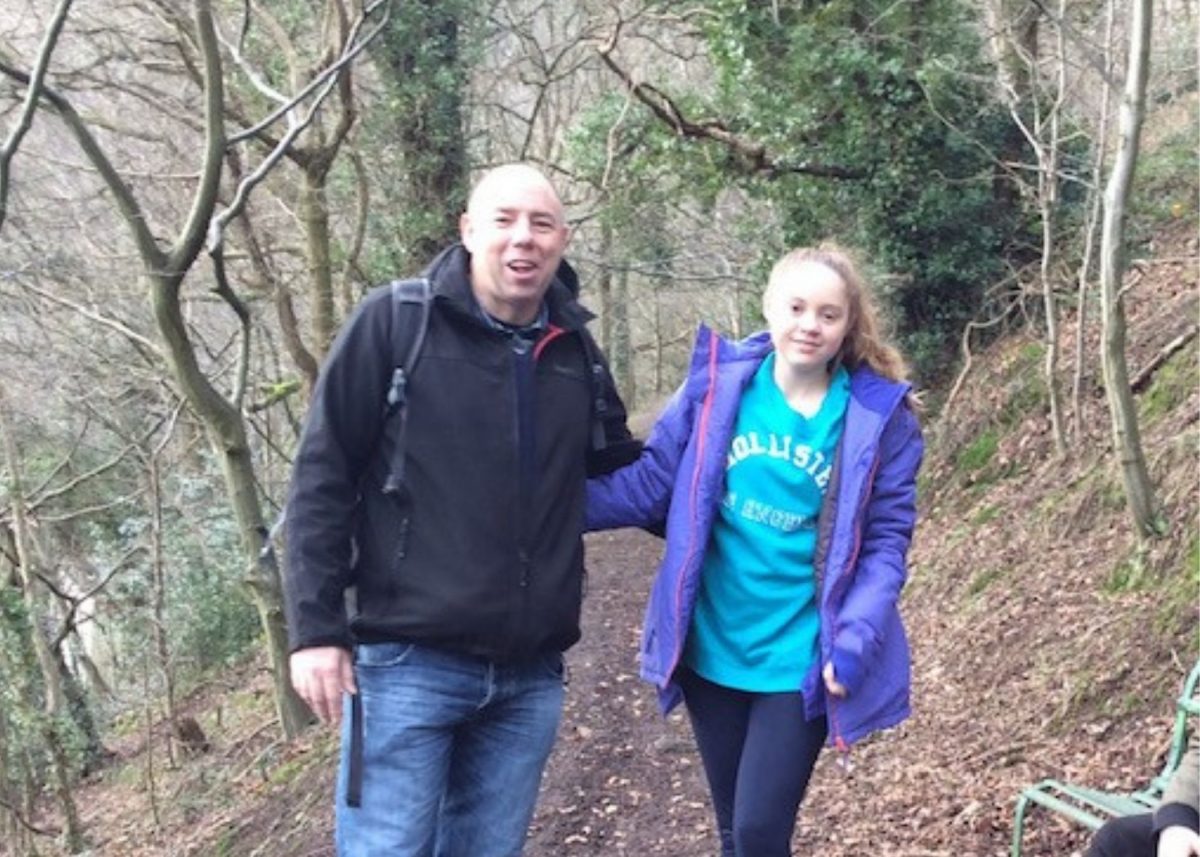 Hebe was just 13 when her dad died by suicide. She shares ways she has found to cope with her grief and remember her dad.

Grief is often described as a ‘rollercoaster’ and I particularly felt this after my dad died. I could still have a laugh with my friends, but there were periods of complete despair as I craved to see him just walk through the door or to hear his voice.

One of the biggest challenges was returning to school. I found it awkward with teachers and friends because it felt like everyone viewed me differently. This did disappear, but only with time. I also found school hard because I didn’t see how I could just carry on with life like I did before. It’s hard to accept that life has to go on without them and they won’t be in any new memories.

However, looking back on my journey so far I’ve developed hugely as a person. I’ve learnt skills of perseverance, resilience and also independence. Living with only one parent is an adjustment I still feel today. It can be challenging to receive the same support and attention, particularly when your only parent is equally caught up in the whirlwind of grief.

To help my mum with the single-parent strains I began to cook because my dad had done most of the cooking previously. This new hobby really helped to distract me from the consuming feeling of grief while also giving me a sense of responsibility and purpose. I found it unbearably hard to watch my mum cope with the aftermath of suicide. Cooking allowed me to help, when I couldn’t relieve her pain.

What helped you with your grief?

1. Taking some time out and getting away

There are a lot of things that I’ve found have helped with my grief. A few weeks after my dad’s death we went to Gorran Haven in Cornwall where we’d gone many times with my dad. It was strange to go without him for the first time, but I found the trip really helpful. Following my dad’s death there were always people in the house, from neighbours to solicitors. This trip gave us the chance to escape from everyone so we could get away from it all.

Each morning, I’d go out early when nobody else was around to sit on the quay where my dad and I used to. It gave me space to think and process my emotions while I watched the peaceful waves. It sounds strange, but I felt as though he’s watched the same calming waves, and as I watched them we were connected again.

2. Writing a eulogy for my dad’s funeral

During our trip to Cornwall, I decided to write a eulogy for my dad’s funeral. To be completely honest, I had no clue what a eulogy would entail! But I was determined to show people that just because my dad died by suicide, it didn’t mean he wasn’t an incredibly loving dad.

Looking back on doing my speech, I still can’t comprehend where I found the strength. It was incredibly hard seeing my dad’s coffin and then having to speak. However, it gave me so much. I felt empowered. I’d found my voice again to show that my dad shouldn’t be defined by his death but by his joy and laughter. Some people think that suicide is a selfish act however, the eulogy gave me closure because I was able to voice how compassionate and caring he was.

3. Finding ways to feel connected to my dad

Something else that’s helped the aching grief was getting personalised cremation jewellery so I can wear his ashes. It makes me feel as though a little bit of my dad is always with me.

Another thing that’s helped is listening to my dad’s music and running which is something we used to do a lot together. When I run, it gives me the sense of connection that I sometimes desperately long for. Just for a moment I feel like he’s there alongside me.

Although these things help, frustratingly I feel that time is one of the biggest healers. The pain never truly goes away but it gets easier to cope with and you begin to learn to live without them.

4. How do you cope with anniversaries and birthdays?

On anniversaries, my mum, my brother and I go to where his ashes are scattered and the place he died. We pour a bottle of beer for him and scatter his favourite homemade Welsh cakes. It’s a hard day and I often think about the suicide and life before his death. We all just have a quiet day together and I usually read his letters too.

I do find Father’s Day slightly challenging as everyone is with their dad and I’m left to remember. Personally, I try to avoid the social media bombardment on Father’s Day. I just look over old memories and go to where his ashes are scattered to sit with him. I like to do the same on his birthday however, my mum and brother prefer to do other things so we have to figure out what suits us all.

What is your advice to other young people?

My advice to other young people who’ve lost a parent would be that however you feel, just know that it’s ok. This awful feeling doesn’t last forever. I’m not saying he ache of grief every fully ends, but it gets easier and life does go on. You may feel so alone but just remember that there are lots of people who have been through similar situations and there are people who can help (such as Winston’s Wish).

Talking to your family and others can be really helpful, especially to keep the person’s memory alive. I’m still working on being able to talk openly about how I feel, which would have been much easier if I hadn’t bottled it up to begin with. By talking with your family you will become closer which really helps to create your new family unit.

Finding ways to remember them in enjoyable ways has really helped me, such as listening to his favourite songs and wearing my cremation jewellery. Visiting where they were buried or their ashes were scattered really helps too.

Most of all, don’t put any pressure on yourself. You are going through trauma so be kind to yourself.

Ashleigh’s story: My first Father’s Day without my dad

Zoe’s story: I learnt to never feel uncomfortable or guilty when telling others about the passing of my dad