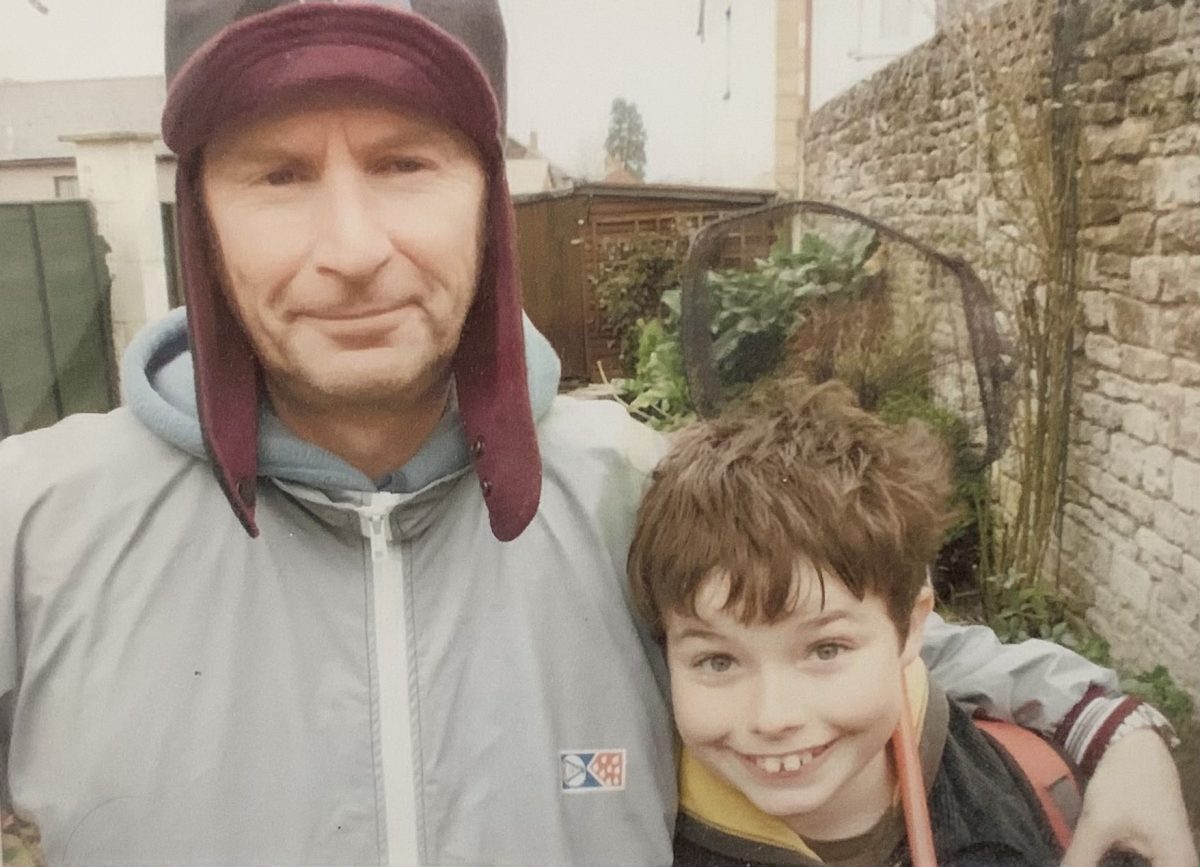 My name is Conor and my dad’s name is Martin. I’m now 22 years old and I was 17 when my dad died after battling with a type of brain tumour called a Glioblastoma Multiforme.

My dad was the funniest and most quick-witted person I’ve ever known. He enjoyed football and supported Manchester City (which caused some tension over the years as I support Liverpool), and loved a pint in the pub garden on weekends.

How music has helped me with my grief

Music has helped me enormously as both a way to escape, but also as a way to face my emotions head on. I’ve found song writing massively cathartic and it’s really allowed me to articulate my feelings and let them out in a positive way. I hope that maybe others who have lost their fathers, or lost anyone for that matter, can find solace in it.

As well as creating my own music, I’ve also found solace in other artists’ music. In particular, a rapper called Loyle Carner who has been vocal about losing his dad and has spoken about it a lot in his music.

Father’s Day without my dad

When I was younger we would celebrate Father’s Day together, normally going for days out or for a nice meal. Since he passed away, Father’s Day has been a pretty weird one and for some time it felt like something that didn’t really apply to me anymore.

It was definitely tough in the first couple of years after he died, especially turning 18 and seeing my friends take their dads out for a celebratory pint and not being able to do the same. But in more recent years, I’ve been really trying to use these days to celebrate my dad’s life, looking back at all the joy-filled times we had together and sipping a pint of Guinness (one of his favourites).

My advice to you on Father’s Day

If I could give any advice to young people facing Father’s Day without their dad, I would say don’t feel like you have to feel a certain way. For the first couple of years, on big days such as Father’s Day I felt numb and as time has gone on I’ve started to feel more emotional.

It’s nice to try to think back to positive memories you have of them, but for some that can be tough. Try not to force yourself or put any expectations on yourself to feel a certain way. It’s okay to feel sad, but it’s also okay to feel happy or even feel nothing.

The first time I heard about Winston’s Wish was when my mum found out about it and suggested we should go and have a chat. We went together for bereavement counselling and I found it hugely helpful. It was a good chance to express how I was feeling and to be reassured that what I was feeling was normal.

Our counsellor, Emma, gave me some really good tools and ideas of ways to manage my emotions. The thing that I remember most vividly is an image she showed us of an object that symbolized grief. The image showed that it wasn’t grief that got smaller and went away over time, but life that grew around it.

Grief doesn’t just go away over a period of time. It comes in waves. You don’t get rid of it, you learn to live with it and life grows around it. Sometimes, it can hit you out of nowhere, even five years on.

Ways to express your feelings when grieving

Tom’s story: There’s no right or wrong way to feel on Father’s Day